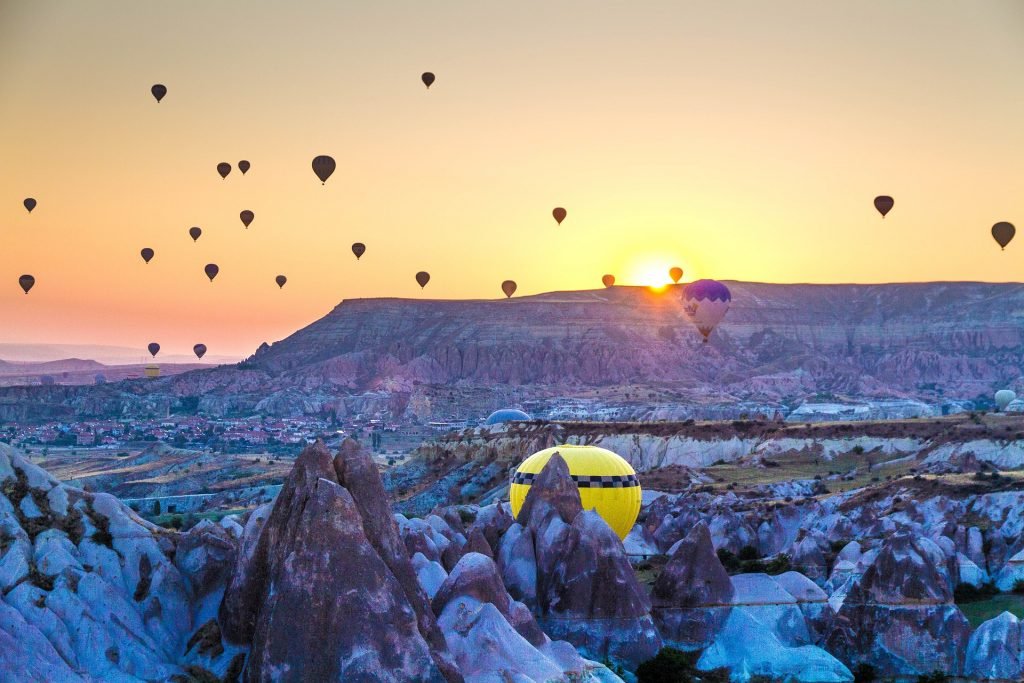 Study In Turkey is good option those who live in near to Asia and Europe. Already a popular tourist destination, the rapid improvement in higher education quality is establishing Turkey as the perfect place for international students. The country has numerous international links, and its location makes it a great connection for Asia and Europe.

Why Study in Turkey?

More than 125,000 international students chose to study in Turkey in the 2017/18 academic year. The Turkish government is keen to increase this number, aiming to attract 350,000 international students over the next few years. Turkish universities offer students the chance to gain a unique higher education experience. There are 183 higher education institutions in Turkey, 109 of which are state universities, with the remaining 74 being private non-profit institutions. You are able to gain a bachelor’s degree, masters degree and doctoral degree.

Despite the Turkish higher education system being one of the youngest in the world, it is already garnering a good reputation worldwide. There are 2 of Turkey’s universities in the 2019 QS World University Rankings top 500. The highest ranked is Koç University, which is placed at 448th. The next highest ranked is Bilkent University, which is placed at 456th. There are a further 8 Turkish universities in the top 1000.

Located across several continents, including Eurasia, the Middle East, Western Asia, the Balkan Peninsula and Southeast Europe, Turkey is home to over 80.8 million people. It shares land borders with 8 countries: Greece, Bulgaria, Georgia, Armenia, Nakhchivan, Iran, Iraq and Syria. It also sits on three different seas, the Aegean Sea, the Black Sea and the Mediterranean Sea.

Turkey has a long and complicated history, with many invasions and occupations over the years. Turkey continues to experience turbulence in the political world, but is still a great choice for any student. The culture is especially diverse, with the country opening up to the western world, but maintaining its traditional values. You will also see influences from the Anatolian and Ottoman cultures in Turkey.

Cost of Studying and Living in Turkey

Turkey uses the Turkish Lira (TRY) as its currency.

The tuition fees you pay will depend on where you choose to study, and in what language. Degree programmes offered in Turkish tend to be cheaper than those offered in English. Private universities will also be more expensive than public universities. On average, you should expect to pay between TRY 1,600 and TRY 9,000 per year for a degree at a public institution. Private universities are permitted to set their own fees, and on average charge up to TRY 110,000 per year. There are several scholarships available for international students, some of which include tuition fee waivers, monthly allowances and health insurance coverage.

Your cost of living will depend on where you choose to live. The bigger cities will be more expensive than the smaller cities and towns. On average, you should budget for between TRY 2,000 and TRY 2,700 per month. This accounts for your accommodation, groceries and travel. On top of your living costs, you should also budget for between TRY 500 and TRY 800 per semester for books and potential administrative fees. Another cost that students need to consider is health insurance. You should either register with the Turkish Social Security Institution (SGK), or ensure that you have a valid health insurance policy for the duration of your studies. For guidance, contact your institution.

If you wish to study in Turkey, you will need to obtain a student visa. This process can be done at the Turkish consulate or embassy in your home country before arriving in Turkey. When you have been granted a visa, you will be able to register as a student, as well as being able to receive a residency permit. Your application for a residency permit needs to be done within one month of your arrival in the country, and can be completed at the local police headquarters. To do this, you will need to provide evidence of your enrollment in a Turkish university, you will also need to provide your passport, Turkish student visa, photographs and the money for your fee. For information about the visa application process, you can contact your institution.

The official language of Turkey is Turkish. There are several other languages that you will hear spoken throughout the country: Kurmanji, Arabic, Zaza, Kabardian, among others.

Degrees in Turkey are offered in both Turkish and English. If you choose to study in a non-native language, you will be required to provide evidence of your proficiency. If you do not meet the required standards, you may be able to take a language course to help you improve.

Even if you are able to study in English, you should make an effort to learn as much Turkish as possible. Communicating with locals and other students is the perfect way to practice. This skill will not only make your everyday life easier, it will also look great on your CV/resume!

The capital city of Turkey, Ankara is home to over 5.4 million people. Known historically as Ancyra and Angora, the city has been Turkey’s capital since 1923. As well as being the governmental centre of the country, the city also plays an important role in the commercial and industrial sectors. There are many cultural attractions in the city, including museums, theatres and art galleries.

Located in the city of Ankara are several universities. Included in these is Ankara University, which was the first university established after the creation of the Republic of Turkey, founded in 1946. The university has many faculties, offering courses in a wide variety of subject areas. You will also find institutions such as Bilkent University, TOBB University of Economics and Technology and the Middle East Technical University in Ankara.

The largest city in Turkey, Istanbul is home to over 15 million people. Throughout history, it has been known as Byzantium and Constantinople. Due to its location on the historically famous Silk Road and only sea route between the Black Sea and the Mediterranean Sea, Istanbul has always been an important industrial city, as well as attracting a cosmopolitan population. The historic city centre is a UNESCO World Heritage Site, and its cultural hub is found in the Golden Horn harbour area.

There are several higher education institutions in Istanbul, both public and private. Istanbul University is the oldest institution in the city, and was founded in 1453. Almost 100,000 students enrol each year at this public university. Also located in the city is Istanbul Technical University, which is the world’s third oldest university specialising in engineering sciences.