We Can Do Search Engine Optimization On Google,Bing,Youtube etc.

You can also do Search Engine optimization on Fiverr to rank your Gig.

Ahaaan this means you can get good number of  clients on fiverr for through Search Engine Optomization SEO.

SEO, or search engine optimization, is basically the process of improving websites to increase their visibility (positions) in search engines, such as Google and Bing.

There are about 2 billion websites in the world, and the demand for SEOs is exploding. In 2021, Forbes cited that the SEO industry exceeded $80 billion dollars by the end of the year.

The lockdown and pandemic restrictions resulted in the unprecedented growth of online businesses and services. And every business website has to be optimized for search to be found by its potential customers in Google.

So, yes, SEO could be an amazing career choice today, especially if you’re passionate about all Internet things. Keep in mind that you’ll need to continue learning and mastering your skills all the time, as search engines keep tweaking their algorithms all the time.

Here are 7 popular roles and career paths for new and experienced SEO professionals looking to take the next step in their career.

Normally SEO Expert charge $400 per month for a single website.

When you think of search engines, it’s usually Google, Microsoft Bing, and Yahoo. Yet YouTube is one of the largest search engines in the world, with more than 2 billion monthly active users.

Most people consider YouTube a social media platform. And it is, but it also behaves a lot like a traditional search engine. Visitors enter a query and get a list of videos ranked by relevance.

Optimizing your video content is critical for ranking in search so the audience can find you on YouTube. Fortunately, many of the traditional SEO rules apply to YouTube, too:

Find the right keywords to communicate relevance, design a good user experience to drive engagement, and use analytics to find and fix whatever is not working.

There are many free courses on internet but the main issue is working or practicing on live projects.

Advance SEO means you will learn:

You Can Also Enroll in our two Day  SEO Workshop.Click The Button Below.

Our SEO certification training in Karachi will allow students to work through their questions and develop confidence of numerous marketing disciplines. By including a growing expertise in data, analytics, content marketing, and proficiency with HTML and technical site optimization, SEO will expand the abilities of your marketing knowledge. 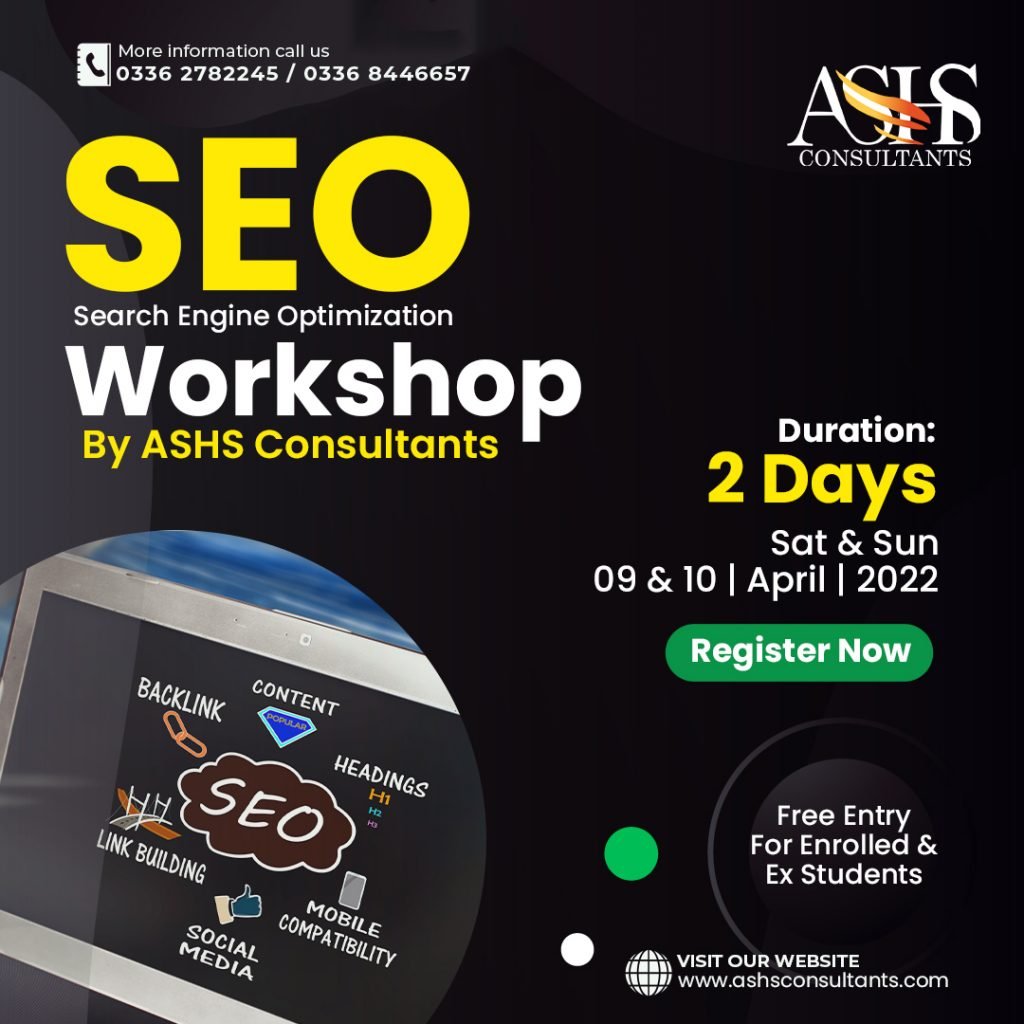